Frank Lake in Canada’s Yukon is located 75 air miles north of Whitehorse and is perfect for a Northern Canada holiday. Frank Lake is our clients’ favorite lake for spin casting and fly fishing in the Yukon. This horseshoe shaped lake is six miles by three miles and includes a variety of bays, shoals and islands. The water is almost as clear as Coghlan Lake. The depth averages 100 feet deep with the deepest spot 171 feet. 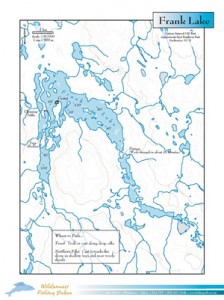 Frank Lake is noted for the brilliant red coloring of its Lake Trout which range up to 33 pounds. One 26-pounder was caught off the dock! Northern Pike up to 30 pounds have been caught in the bays of this scenic lake. A few Arctic Grayling may be caught above the beaver dam where Frank Creek enters the lake.

“Hello, Bernard! Nice to hear from you. Yeah, we had a comfortable trip back and I am so sorry because holiday is over. Here are out statistics…191 pikes, with the biggest measering 46″, 62 lake trouts, with the biggest measering 36”, 5 whitefish, with the biggest measering 21″, 4 graylings, with the biggest measering 10″. That makes a total of 262 fish in two weeks. Not sobad, BUT, fishing for trouts was difficult, because they swam in deeper water much earlier than in former years. We found them in a depth of 60 to 80 feet at the beginning of June !!! The pikes grew up since my last visit at Frank Lake in 2002. We caught many pikes between 32″ and 40″. I think that little lake trouts are best food for them. In 2002, there were much more little lake trouts to see and to catch than in 2005. The upper statistic would be different, if we trolled much more time for lake trouts. But it was an amazing thing to cast for pikes on sight. So we spent much more time for it, as you can see on the figures of the statistic. O.k. thats it. I send some pictures of fish and nice pictures shot from the aircraft. The blood on the mouth of the lake trout is my blood !!! from unhooking the trout. I released it unharmed. Best regards to your whole family!” 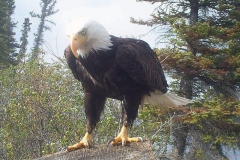 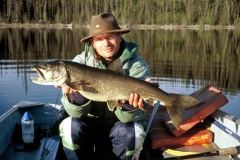 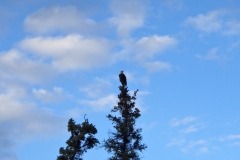 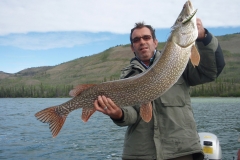 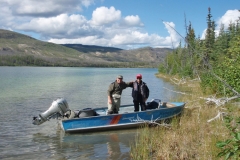 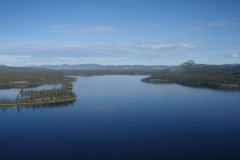 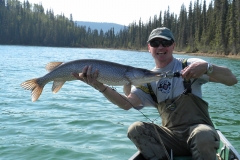 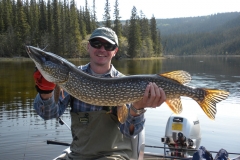 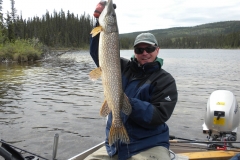 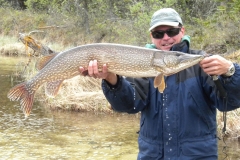 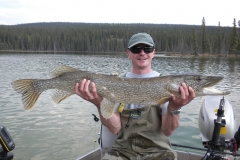 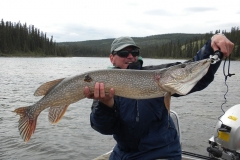 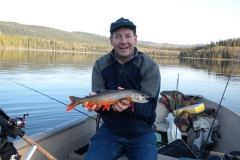 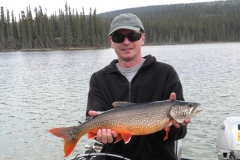 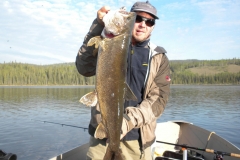 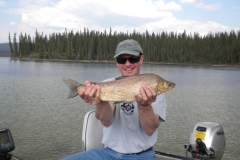 Check Out Our Other Fish Camps

*All of our package rates include your scenic flight to your private fishing camp as well as:

**Our fishing boats are equipped with 9.9 hp gas motors.